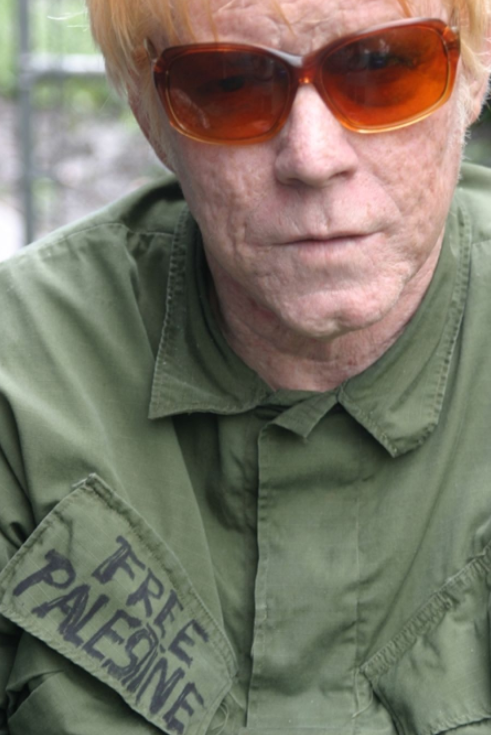 Award winning film on cartoonist John Callahan. At age 21 John is paralyzed from the waist down in a drunken car accident. His angry outlet becomes drawing, not the most obvious choice because he can hardly use his hands. With a raw style, pen clutched between his hands, he draws himself silly. His spot- on, mostly cynical and ruthless observations of mankind do not just gather acclaim. Protest-marches and angry letters are his share. When the presses had to be held at The Miami Herald because of a cartoon John drew in honour of MLK Jr Day- a little boy in pyjamas with a wet spot on his pyjamas saying: “Mommie I had a dream”- he was fired. This is a film on will-power. John blasts his way through life, does not want to be ignored and most of all doesn’t want to be a thankful, humble disabled person. His cartoon “Cunnilingus accident”, starring himself, choking between the legs of a naked woman sitting on his face, tells it all. John has a complicated relationship with women, they sometimes look at him with a look of compassion, “the pity-look”, and at moments like these John wants the earth to swallow him whole. But he loves women and he has found his own way of getting close to them.