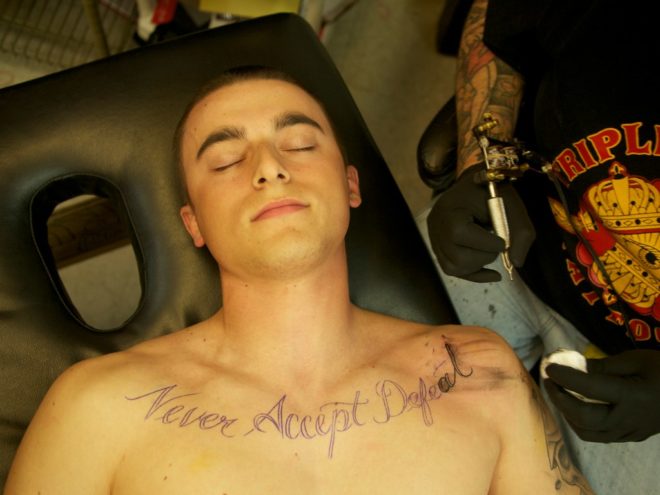 “I’m 22 years old, and I must have killed 30 people. The same thing that you were given badges for over in Iraq would have you considered a serial killer over here, and that’s a very weird thought to have running around in your head, late at night.”

A 911 call from a Subway sandwich shop, where a young man has just shot himself in the head in the bathroom. A guy who explains that he had himself committed because of an almost uncontrollable urge to kill happy people. A young woman who’s in tears because she has to help her depressed soldier-husband out of bed each morning. The stories in Beer Is Cheaper Than Therapy paint a dreadful picture of veterans of war in psychological distress, something there is little room for in the macho culture of the army. Without being anti patriotic, this film looks honestly at the sometimes difficult side of being deployed.